******DO NOT RATE THE REAL BEER UNDER THIS ENTRY!****** Please note this beer was originally an April Fool's joke in 2012. The beer was then actually produced for the GABF in October 2012 and set for national release in 2013. The reviews from April 2012 are part of the joke and are being left up for entertainment purposes only. Wynkoop Brewing Company has created a brand new style of beer, and we're releasing it on April 1. This pioneering beer is so unique that we created a video to document its story: http://www.wynkoop.com/. Rocky Mountain Oyster Stout is made from fresh ingredients with a strong regional flavor: Rocky Mountain water, fresh-roasted barley, east range hops, and organic, free-range bull testicles. Our stout is dark with a creamy head. It has a smooth, luscious mouthfeel with loads of flavor and a nutty aftertaste. This beer took a lot of balls to brew. 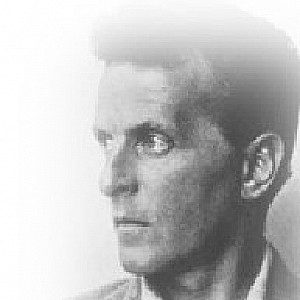 Was in Denver for the NCAA Women's Basketball Championship. After watching the Lady Irish upset UConn to advance to the Championship, I was suffering from estrogen overload--all that shrill screaming! I ambled to Wynkoop, my favorite brewpub in the Mile-High city, to sample their fresh Rocky Mountain Oyster Stout (and hopefully restore my hormone imbalance back to the male side). "I'll try a pint," I said cautiously. "Where you from, son?" the indignant barman replied. "Bull ball beer only comes in quarts!" Before I could ask for a smaller sample, he went to work filling a massive mug. He started pulling the hand pump. I guess he had to charge the line or something, because he had to keep pumping and pumping. I thought he was going to give himself a hernia. Suddenly the first spurt of beer gushed out, and I could see why they use quart-sized mugs. The force of the burst sent foam shooting up the inside of the glass. He just kept pumping and the beer kept coming, frothy at first, then bursts of viscous liquid. The foam roiled under a frothy head. As the mug filled in uneven bursts, the barman gradually slowed his pumping. Exhausted, he finished the pour with one long, slow, final pull. He didn't even look at me. He just slid the mug to me said he was going outside for a cigarette. The beer looked more like a witches brew, drawn from the devil's cauldron. It was steaming hot, and it smelled of sulfur. I thought I saw a newt's eye floating in it. I didn't know whether to drink it or wretch. So I held my nose and attempted to gulp it down. Unfortunately, it was pretty slimy, so I had to swallow each mouthful three times. But by the time I put that mug down, I could feel the testosterone washing over me, bathing my brain in power and restoring me to full manhood. AWESOME! Suddenly I got an idea and knew exactly what to to. The bartender was napping so I snatched the keg with one hand and sprinted back to the Notre Dame locker room. "Ladies," I exclaimed, "Drink this Bull Ball Beer and Beat the Baylor Bears!"