According to Greek mythology, the twins Castor and Pollux are said to have been hatched from one egg. What a crazy story! We’re more apt to believe in alien intervention and UFOs. You have, something a little less far fetched. At Southern Tier Brewing Company, heavily hopped beer have been out calling card since Unearthly made its debut in 2006. Gemini is a super hopped ale with six varieties of hops blasting flavor and zapping bitterness in every direction. ABOUT THE BEER STYLE: Super Hopped Ale BREWED SINCE: 2014 ABV: 9.0% FERMENTATION: Ale yeast, 6 varieties of hops, 4 varietiesof malts. COLOR: Deep copper EFFERVESCENCE: Ample carbonation NOSE: Piney, resinous FLAVOR: Moderate sweetness from malts, heavy hop bite. BITTERNESS: Very high BODY: Light SERVING TEMPERATURE: 40-45°F GLASS: Favorite pint or snifter CELLARING: 40-45°F 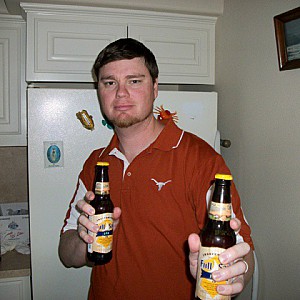 Nice aromas, the hops have some tropical notes, a bit of citrus and some pine. Nice medium to heavy body, borderline syrupy. Flavor starts with the dank pine, earth, and some big maltiness on the backside, especially as it warms. Overall it was fairly nice, a bit too much malt for my taste.