In Reply To #2 I didn't want to split the belgians into even more, and one of the "other" sites uses Belgian Pale Ale and Belgian Dark Ale, along with additional "Strong"s for both. I just used belgian, and a belgian strong (in addition to all the abbeys). If you guys think we need a pale and dark for each, then ok. I believe only one of my 3 references did that. I had about a half dozen german wheat beer styles, but I didn't see a good way to divide them into two without dividing them into more. So I lumped them all together. We coudl always sort them out later. I wanted this thing consolidated as much as reasonable. Maibock was on my list but one of you convinced me to take it off. I read some definitions and agreed that it really doesn't belong on a consolidated list, as it's still a bock, only a celebratory one often in May. Porters are something I wasn't sure about. I was considering making just one Porter style, but put down two instead. I could use more opinions on this. Altbier is listed there. Export Stout is something I thought didn't belong on this consolidated list. Also, some of the subcategories will have a general style such as "Stout" and "Porter" for beers that we just don't know exactly what type they belong to.

In Reply To #3 Well, we will have "Lager" as a generic option only for beers that have unknown styles except that we know it's a lager. The Pale Lager would be for something like Bud. I don't want to call them "American Standards" like RB does. If they do need a category just for the popular american ones then I'd want to call it somethign else like "American Common" I never liked the term "Malt Liquor" and assumed it would part of the Strong Pale Lager category, as would Bud Ice. I didn't want to get too specific in this list. Hefeweizen goes along with what i said about Germans int he last post

In Reply To #5 I was considering an Old Ale to be part of the English Strong Ale category. All of those other ales I think are too specific to have their own styles. There will be a generic "Ale" style. I think I forgot to add Helles. I meant to. Kolsch, is that a lager or ale? I have it listed already under the Ales. I thought that's what it was when i looked it up. I'm not sure if we should have Ciders and Meads, but I'll add those as two styles for now. 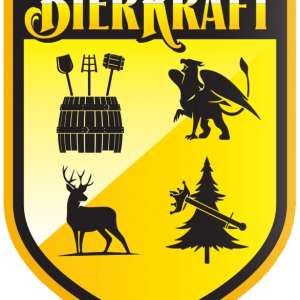 In Reply To #1 If 1400 people or so are going to be adding beers to the database and choosing an appropriate category for their newly added beer, the basic 26 styles may make adding a beer easier. http://:Dwww.mv.com/ipusers/slack/bjcp/style-index.html

In Reply To #8 I believe a Kolsch is a lager that is fermented at ale temperatures before it is brought down to lagering temperatures. A maibock fits different style guidelines than a regular bock. You could group it together with helles bock, but it's in no way just a normal bock.

In Reply To #10 Well, of course they're not exactly the same (although the Jackson book i referred to said there is not much difference?) but if I went by all differences in tehs tyles then we'd be stuck with the 97 I started with, and we'd have to differentiate the german beers to be consistent with our level of accuracy.

In Reply To #9 Well, there is no real rule of what the basic styles of beer are. I referred to the BJCP styles when I came up with my list of 97 or so styles. Even the two most popular beer sites don't agree with the BJCP. All this is giving me a headache! 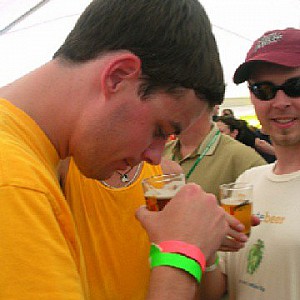 In Reply To #10 I don't think Maibock and Bock are different at all. Maibock is just a bock that is released in May. Just a way to sell more beer under a different name. *Assuming that whatever brewery I am talking about makes a bock*

I'm leaning towards changing "Porter" and "Baltic Porter", no others.

In Reply To #13 A maibock is certainly paler and lighter in body and flavor than a bock. Even the BJCP puts them in different style guidelines.